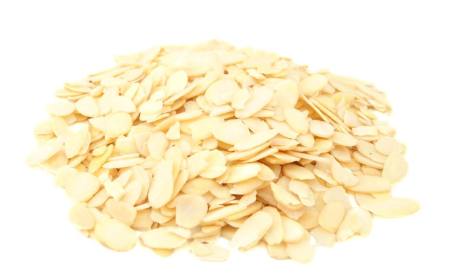 Origin ( California )
Guaranteed GMO natural product without additives and preservatives.
North America is the largest producer of almonds with 80% of world production.

The almond tree is native to the hot and dry areas of the Near and Middle East, where , according to archaeological excavations, hominids consumed 780,000 years ago. In terms of culture, we know that they were in China 3000 years ago and in Greece 2500 years. During the conquest of Spain, the Arabs brought with them and planted seeds of citrus and almond kernels. From there, the almond tree has spread all along the coast of the Mediterranean. In mid-eighteenth century the Franciscan fathers, from Spain export them to North America, specifically in California. Today California is the largest producer with 250 000 tonnes.

The benefits of almonds

Almonds are rich in omega 3 and unsaturated fatty acids, thus they protect from cardiovascular diseases. Some studies have also shown that despite their fat, almonds, which act as an appetite suppressant because of proteins, help us stay slim. They are also a source of minerals (iron, calcium, phosphorus, magnesium) , vitamins (including vitamin E) and contain zinc . They thus contribute to our overall fitness, flexibility of our skin and health of our hair. Today almonds are a precious health and beauty ally. So we have every interest in eating it daily.