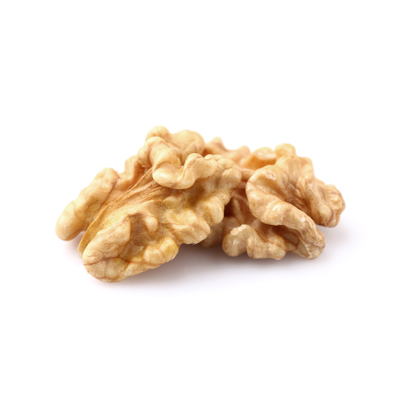 Walnut is a very old tree, originally from Persia, quickly acclimated in Greece. The nut was introduced into Europe by the Romans, and Greeks appreciated it for its oil. Called” Jovis Glans” or “Nut of Jupiter” , a deep respect was doomed to this dry fruit whose nutritional value were already being peddled by doctors of antiquity. In the eleventh century certain fees were paid in bushels of walnuts (old measure of capacity) In France, walnut culture developed from the nineteenth century in two regions: Perigord and Dauphiné

The benefits of walnuts for health

The walnut is different from other nuts and oilseeds by its particularly high content of polyunsaturated fatty acids , mainly in omega-3 , whose benefits for cardiovascular health are well documented. The walnut is second among beyond several other plants for its antioxidant content. It is also rich in fiber, it contains vitamin E with anti-free radical properties, melatonin and flavonoids.