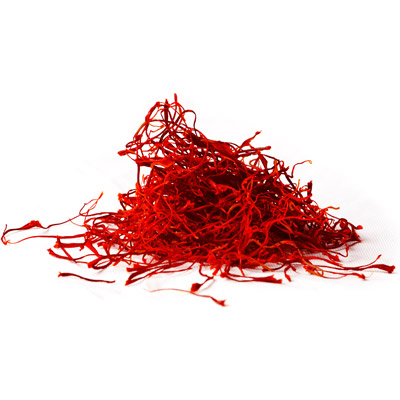 Picked and sorted by hand in the region of Mashad IRAN, Premium Food Factory has selected quality Extra Sargol 1
Available in bio

The history of saffron in culture and human customs is more than 35 centuries. Saffron is a spice derived from the flower of Crocus sativus, commonly known as the saffron crocus. It is obtained by dehydration of the three red filaments, whose length generally ranges from 2.5 to 3.2cm . English word, “saffron” although it can be traced to have stemmed immediately from 12th-century Old French term safran, which comes from the Latin word safranum. Safranum comes from the Persian intercessor زعفران, or za’ferân. Old Persian is the first language in which the use of saffron in cooking is recorded, with references dating back thousands of years.

Saffron, poetically called “Red Gold ” was for decades the most expensive spice in the world.

Used as a medicinal plant, saffron treating cough, cold, scarlet fever, smallpox and asthma during medieval times. Saffron has anticancer properties. The Persians used it as an aphrodisiac, but also as an antidote for poisoning. It has an anti-aging power (antioxidant).

Use of colouring and perfume: saffron colored fabrics and objects, and used for the composition of some perfumes and aromatic oils. It is also used at a reasonable dose in the pharmaceutical and cosmetics industries.

Culinary use: From antiquity to the present time, all around the world, most of saffron produced has been and is being used in cooking – culinary traditions following the expansion of culture in Africa, Asia, Europe, and America. In France it is used in bouillabaisse. In Iranian cuisine, it is used in their national dish Chelow kabab. Spanish use saffron in many dishes such as paella valencia. Saffron is also used in the risotto alla Milanese and Italian Cornish saffron cake. These features make saffron a spice used in the manufacture of products as different as cheese, sweets or in the preparation of alcoholic beverages.

Since ancient times, the main producers of the spice are Iran, India, Spain, Italy and Greece (Iran is the world’s largest producer). However, small farms are located in France, Germany, Switzerland, England and Morocco! While the varieties of Spanish saffron have softer aroma, flavor and color, Italian varieties are more powerful. The most intense saffron varieties are those from Iran.